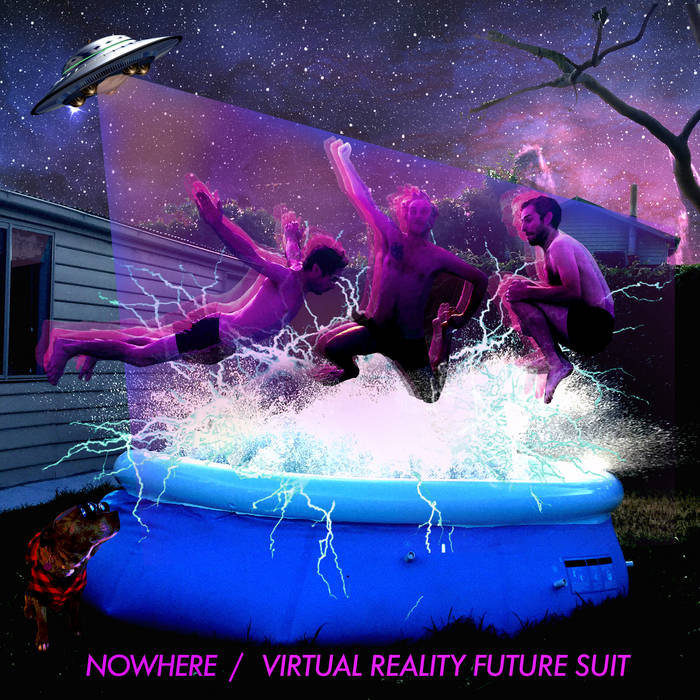 Mitchell Frisch If The N'tal is any indication of how awesome this album will be, then I know this will be the feel-good hit of the summer! Swimming pools and Aliens!! Favorite track: The N'tal.

This album is the result of a one-week, red wine soaked, song-writing and recording experiment in the northern suburbs of Melbourne, Australia.

During this week we watched entire seasons of the sci-fi TV show "The Outer Limits" and witnessed Donald Trump get inaugurated as the President of the United States of America. As a result its a kind of science fiction, surrealist nightmare soundtrack... Enjoy.

Recorded February, 2017 by Phil Sphincter @ the Bakehouse and by Nowhere @ Petey's Jam Shack in Melbourne, Australia.

This whole process was completely DIY and only possible with the help of the best friends in the world. Thanks to all involved and those who tolerated our obsessive labouring on this getting in the way of other important parts of our life... Lethal licks of love.

Nowhere is a three piece punk-rock band that sings songs about disease, the politics of international migration and bad, 90s sci-fi.

Bandcamp Daily  your guide to the world of Bandcamp

MF DOOM is given his flowers, plus appearances from MC Jada Imani and Stanley Ipkuss